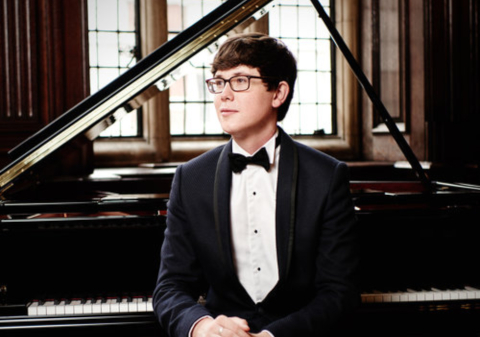 Winner of the BBC Young Musician competition in 2014, Martin James Bartlett, who previously appeared with the NCO in 2016, returns to Macclesfield. He plays Mozart’s early masterpiece composed in Salzburg when he was 21, which Alfred Brendel called “one of the greatest wonders of the world” and Alfred Einstein dubbed “Mozart’s Eroica.”

Rossini was only twelve years old when he wrote his delightful string sonatas. These are scored for an ensemble of violins, cellos and double bass (no violas!). Sibelius’ Suite Champêtre is a light-hearted pastoral piece full of rustic charm.

The concert concludes with Mozart’s Bb symphony, composed in Salzburg in 1779. A gravely beautiful slow movement, sprightly outer movements – the minuet was a later addition – show his usual masterful use of the wind.