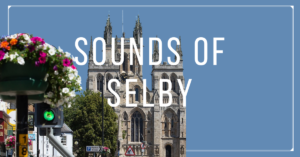 The Northern Chamber Orchestra are coming to Selby for a concert of extraordinary music. From classic works by Mozart, Tchaikovsky and Elgar, to pieces taking influence from the streets of Buenos Aires, Romania…and Selby!

In the weeks leading up to the concert, the NCO and contemporary Manchester composer Michael Betteridge will take to the town streets to compose a piece of music influenced by your ideas, and the premier will take place at this very concert.

You will also get to choose a piece of music from the NCO’s special playlist. Anyone who buys a ticket more than two weeks before the event will be sent a link to vote for their favourite from this magnificent list: