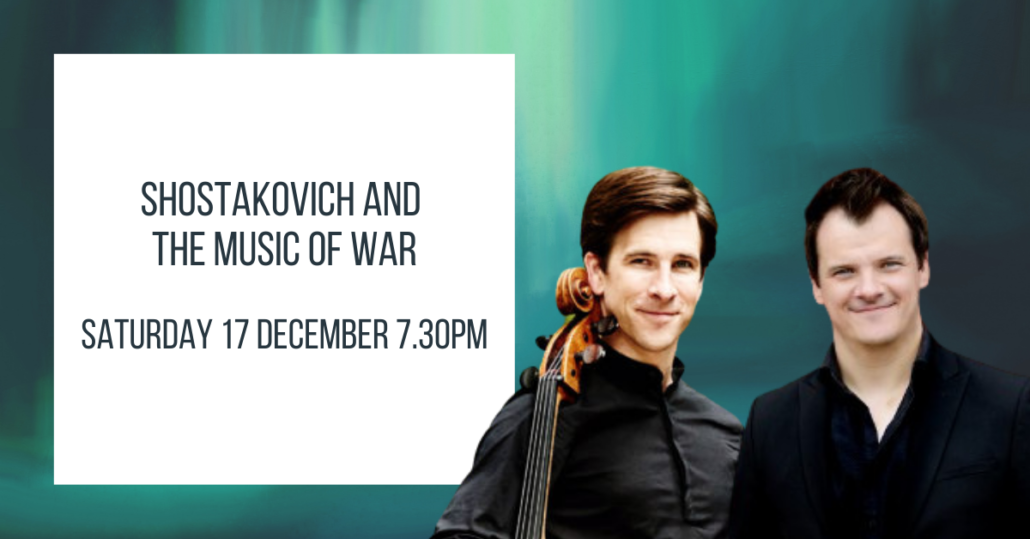 Shostakovich and the music of war

Since winning the BBC Young Musician of the Year Guy Johnston has become one of the leading British cellists of his generation, performing regularly with international orchestras such as the BBC Symphony Orchestra. Magnus Johnston, his brother, is a frequent guest leader with orchestras such as the Royal Opera House, the Philharmonia and the Scottish Chamber Orchestra.

Haydn’s D major Cello Concerto, a virtuoso work exploring the cello’s highest register, and Vaughan Williams’ Five Variants of ‘Dives and Lazarus’, sumptuously scored for harp and strings, occupy the first half of the concert. There follows Shostakovich’s Chamber Symphony op.73a, an orchestration by the conductor, Rudolf Barshai, of the Third Quartet, composed in 1946. This is ‘war music’, as the third movement’s initial title shows: ‘The Forces of War Unleashed’. Nevertheless, this emotionally powerful symphony ends in resignation and peace.

This concert has been generously sponsored by Michael and Joanna Sambrook.

Music and the Holocaust Scroll to top