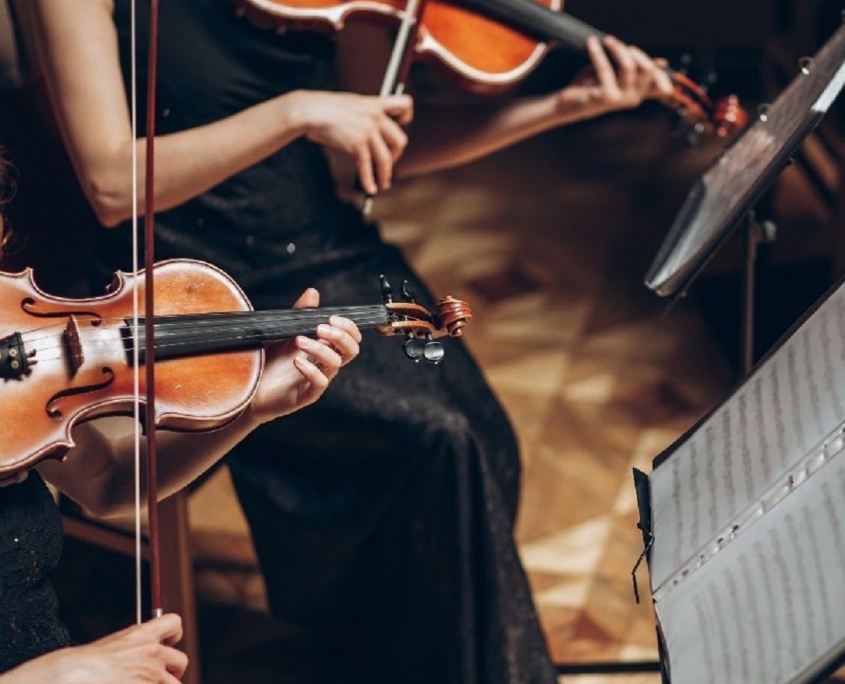 Beethoven completed his Septet, written for four string and three wind instruments, at the age of 29. In six movements, the invention and variety ensure it never outstays its welcome. In later life Beethoven showed some annoyance at the immense popularity of this early work.

Rossini wrote his six charming and brilliant string sonatas when he was 12 years old. No. 3 in C has the usual operatic style slow movement and gives unusual prominence to the double bass.

Mozart’s Horn Quintet is really a horn concerto although, as always with Mozart, the part writing gives rewards to the other players. Richard Strauss’ virtuosic tone poem was originally scored for an enormous orchestra. In riposte to what he saw as a rather overblown piece, Franz Hasenöhrl in 1954 rather cheekily arranged it for only five players, to subsequent great acclaim from audiences.