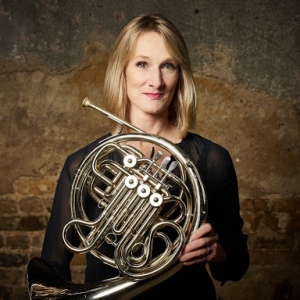 Ever since Naomi Atherton won the Brass final of Young Musician of the Year in 1984, she has been in constant demand as a soloist, chamber musician and orchestral member.

Currently, Naomi holds posts as Principal Horn of the NCO, Manchester Camerata, and as a member of Ensemble 360, the chamber group that took over from The Lindsays at Music in the Round in Sheffield.

Naomi’s solo career has included appearances with the BBC Philharmonic and Ulster Orchestras and the Manchester Camerata, with whom she recently gave a live BBC broadcast of Britten’s Serenade for Tenor, Horn and Strings with James Gilchrist, conducted by Douglas Boyd.  Naomi has appeared as a guest principal horn with many of Britain’s leading orchestras, including the Royal Philharmonic, Royal Liverpool Philharmonic and Scottish Chamber Orchestras.

As a chamber musician, she has partnered the Danel, the Elias and the Heath Quartets and has appeared at the Edinburgh, Bath, Cheltenham and Aldeburgh festivals and at the BBC Proms.