The Northern Chamber Orchestra, the North West’s longest-standing chamber orchestra, has announced its 2022-23 season following its move to the brand new, purpose built, auditorium at The Kings’ School in Macclesfield, and the beautiful, intimate St Michael’s Church. The season, entitled “Orchestrating the Future”, is the first since the departure of Artistic Director and Leader Nicholas Ward, and sees a host of exciting conductors, directors and soloists, including cellist Guy Johnston, violinist Jorge Jimenez, and conductor Jamie Philips taking to the stage. 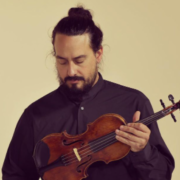 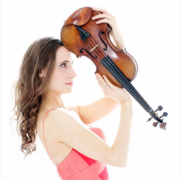 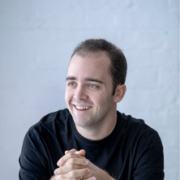 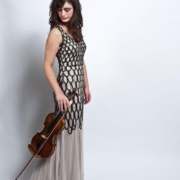 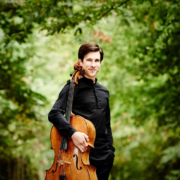 The season opens on Saturday 15 October, when the Hallé’s assistant conductor Delyana Lazrova joins the youngest ever BBC Young Musician winner, violinist Jennifer Pike, for a concert of Beethoven works, including his revolutionary ‘Eroica’ symphony. The season continues in November and December with Mozart’s Symphony No. 41, ‘Jupiter’, conducted by Jamie Philips (November 5), and Haydn’s D major cello concerto, featuring soloist Guy Johnston and directed by his brother Magnus Johnston (December 17).

The NCO returns to Tatton Park on Friday 9 December for its annual Christmas Concert. The concerts (3.30pm and 7pm) will include festive favourites, readings and carols sung by the Choir of St Nicholas Catholic High School, Northwich, and the evening concert also includes a tour of the mansion.

2023 opens with the NCO in a reflective mood as it gives a concert at Macclesfield’s St Michael’s Church in remembrance of Holocaust Memorial Day. The concert features Rudolf Karel’s Nonet, written in Theresienstadt prison during WWII. Following this are a baroque and tango special, with violinist Sophie Rosa (February 18); a musical setting of the Stabat Mater sequence directed by Chistopher Jones and sung by soprano Caroline Taylor and countertenor Ralph Thomas Williams (March 11, St Michael’s Church); and a concert devoted to the NCO’s outstanding wind section and directed by principal oboe of the RPO, John Roberts (April 1).

General Manager Charlie Rowley said “A new and exciting chapter opens in the NCO’s long history in Macclesfield at two new venues: the beautiful and intimate St Michael’s Church and the impressively grand and brand-new King’s School welcome us for the first time, and we hope for many years hence. New places and faces, but we will continue to surprise and delight in bringing world-class music and exciting new talent to Macclesfield”

Reflecting this new beginning for the NCO, discounted tickets for under 30s are available for the first time, alongside free tickets for under 18s and students. Tickets are on sale on Monday 20 June from www.ncorch.co.uk, with season tickets and group discounts available.

Northern Chamber Orchestra to perform its final three concerts at The Heritage...