Gritty Mancunian poet Mike Garry and cellist Matthew Sharp are working with pupils from the Manchester Creative Music Academy and the Co-op Academy Manchester for a series of educational music workshops.

These workshops culminate in an explorative words and music performance of Aaron Copland’s Shaker-inspired piece, Appalachian Spring, at Salford’s Peel Hall, on Wednesday 21 March at 2pm. 80 pupils from the schools will perform alongside the professional musicians from the Northern Chamber Orchestra, Mike Garry, and Matthew Sharp. Tickets for the event are free and available from the Northern Chamber Orchestra website.

Appalachian Spring was written in 1944 by American composer Aaron Copland and was commissioned by dancer and choreographer Martha Graham. It features the popular Shaker tune, Simple Gifts, which was itself adapted by Sydney Carter for the hymn Lord of the Dance.

Mike Garry was a librarian for 15 years before he became a poet, and has recently worked with Dr John Cooper Clarke, New Order and Joe Duddell. He is passionate about bringing live poetry to people who wouldn’t normally experience it.

Matthew Sharp is a versatile cellist, baritone and actor and has worked with many of the UK’s top orchestras and opera companies, including Opera North, Manchester Camerata and the Royal Liverpool Philharmonic Orchestra. 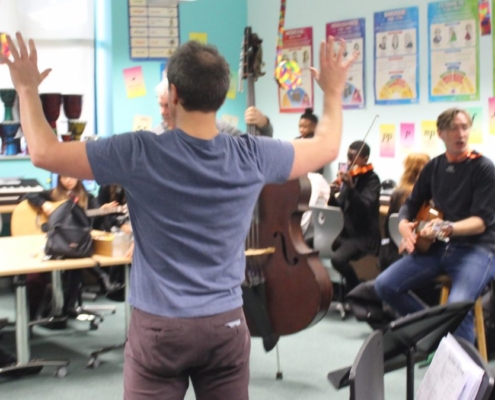 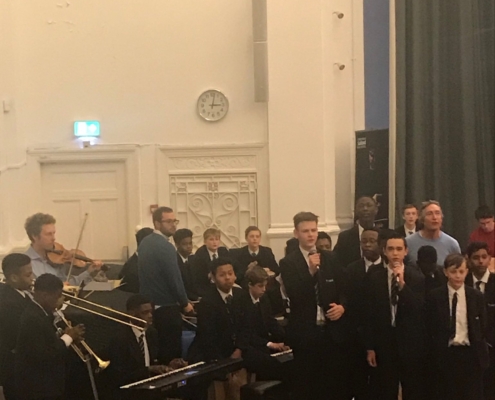 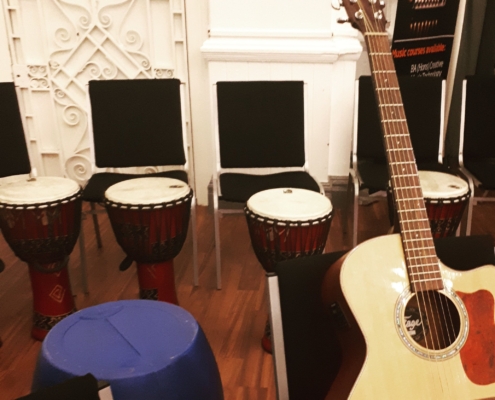 Northern Chamber Orchestra becomes Orchestra in Association at The Stoller ...