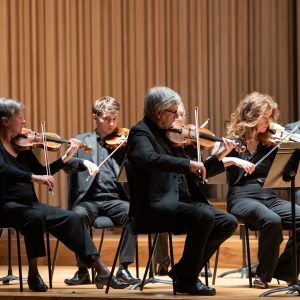 Bach’s Brandenburg Concertos feature wonderful music with a large variety of solo instruments. In this concert we play No. 1, No. 3 and No. 4, displaying Bach’s musical genius to great effect. We plan to give the other three in the set early next season.

Mozart composed his B flat symphony K182 in Salzburg aged 17. There is a lovely slow movement with flutes and muted violins.

Prokofiev is not known for his string quartets; he wrote two, both fine works and unfairly neglected. He was obviously pleased with the final movement of op. 50 as he arranged it for string orchestra. It is full of expression, heartfelt, impassioned even. His younger contemporary, Shostakovich, had a very early success with his first symphony at the age of 19. That same year he wrote his Prelude and Scherzo for string octet, showing Bach’s s influence in the Prelude while the Scherzo is fiercely rhythmic.