Following an enforced absence in 2020, the orchestra return for two concerts on Friday 10 December, adding a matinee concert for the first time due to popular demand.

The Northern Chamber Orchestra, who are the oldest professional chamber orchestra in the North West, will perform a concert filled with festive music including Sleigh Ride and the Overture from Hansel and Gretel, film music such as the themes from Harry Potter and E.T., and audience carols for all to sing. The orchestra will be joined by the Choir of St Nicholas Catholic High School, Northwich, conducted by the School’s Director of Music, Helen McKenna, for a collection of beautiful carols and choral works. Actor, writer and director Kate Millward (whose talents include creating and performing her own material, specialising in bespoke, festive narratives) will present the concert and bring a touch of literary drama with a few specially-selected readings and poems. 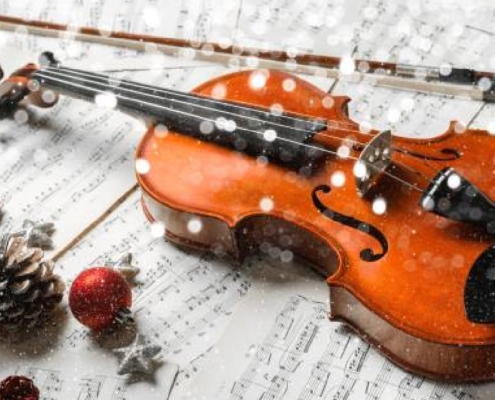 As an extra treat, the concert ticket price includes a warming, winter drink or fruit juice, and a festive sweet titbit. Start your Christmas celebrations with the Northern Chamber Orchestra – tickets sell out every year so don’t delay!