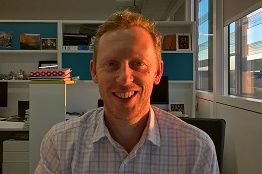 Tom will be helping to deliver a dynamic and sustainable long-term vision for the critically-acclaimed orchestra. In the shorter-term, he will lead the NCO through its 2016/17 season (which starts on 8 October at Macclesfield Heritage Centre), followed by its special Magic at 50! 2017 /18 anniversary season – ensuring that the celebrations deliver a tangible and lasting legacy. A former professional musician, Tom trained as a violinist at the Royal Academy of Music and as well as playing with orchestras such as the Philharmonia, Hallé, Scottish Chamber Orchestra, London Sinfonietta, BBC National Orchestra of Wales, Opera North and indeed the NCO as a freelance player, he was also member of the famous Academy of St Martin-in-the-Fields. He also enjoyed a successful career in business for five years as Managing Director and Founder of Solar Peak Ltd., during which time he also set up (in 2013) and ran the Glossop Music Festival as its volunteer Artistic Director.  The Festival goes from strength-to-strength and has given Tom exceptional experience of managing an arts organisation, forging connections with the corporate and not-for-profit sectors and delivering entertaining artistic programming against ambitious targets. Tom also brings a wealth of music education experience and capabilities – gained through teaching for Sheffield Music Hub and Derbyshire Music Service and as the Director of Strings for Dark Peak Music Trust.

The NCO is on the cusp of a very exciting period in its history.  The well-respected and popular orchestra was set up in 1967 and turns 50 in the autumn of 2017. Ambitious plans are well underway (working with new and existing partners) to deliver an anniversary programme of exciting, artistically diverse concerts, events and education projects across Cheshire and other areas in the north of England.  During the season, the NCO will work with first-rate soloists, composers and music animateurs in new and ambitious ways.  As the NCO’s new General Manager, Tom Elliott will drive these plans forward and help to ensure that the Magic at 50! season delivers as part of a wider, long-term strategy, underpinning the NCO’s future development.

Malcolm Allcard, NCO’s Chairman said: “We are delighted that Tom Elliott has been appointed as the NCO’s new General Manager. We are confident that his exceptional qualities and skills will enable him to make a significant contribution to the NCO, shaping a dynamic future and leading its administrative team and members of the Orchestra.  He will be working closely with the NCO Board and with Nicholas Ward, the orchestra’s Artistic Director and he joins us at a very exciting time in the build-up to our Magic at 50! anniversary season starting autumn 2017.”

Nicholas Ward, NCO’s Artistic Director said: “I look forward very much to working with Tom Elliott. His energy and enthusiasm, together with his belief in the value of what the NCO does, will add to his determination to increase funding and continue to raise our artistic standards.  At this time, I would also like to pay tribute to his predecessor, Jonathan Thackeray for the great job he has done in building firm foundations for exciting future development of the orchestra under our new General Manager, Tom.”

Tom Elliott takes up his position as NCO General Manager late September this year and he said: “I am incredibly excited to be taking up this position at such an important time for the orchestra with the 50th anniversary season coming up. I am really looking forward to building on our current partnerships, for example with Buxton Festival and Buxton Opera House, Blackburn Cathedral and Orchestras Live, Music Hubs and educational establishments such as Manchester Metropolitan University Faculty of Education.  I’m also very keen to forge new partnerships with venues and businesses and welcome the opportunity to widen the NCO’s appeal and relevance to a broader audience. I believe passionately about the ability of high quality classical music to change people’s lives and where better for me to be involved in this cause than with such a brilliant, dynamic and versatile chamber orchestra as NCO.”

Organisations wishing to work with the NCO should contact Tom at the Orchestra’s base at MMU Birley Campus in Hulme by email (info@ncorch.co.uk) or by telephone (0161 247 2220).