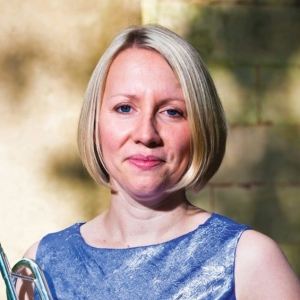 Tracey Redfern was born in Stirling, Scotland, and began her musical education at the Music School of Douglas Academy in Milngavie, Glasgow.  In 1997 she graduated from the Royal Northern College of Music with a Postgraduate Diploma, Bmus (Hons) and a Professional Performers Diploma with Merit.  During her time at college she was awarded a scholarship in each year of her studies and won numerous prizes including the Goronwy Evans Memorial Prize, the Cecil Kidd prize for trumpet and the Harry Mortimer Award.  Tracey also achieved scholarships from the Caird Trust and The Countess of Munster Musical Trust.

As a soloist, Tracey has performed with the NCO, the London Mozart Players, Royal Scottish National Orchestra and Camerata Scotland and regularly performs solo recitals with both piano and organ.

Major achievements include winning the Legget Award for Brass Playing, the Skene Award (presented at the Aberdeen International Music Festival) and also the Walter Todds Bursary awarded by the BBC in conjunction with the Young Musician of the Year competition in which Tracey was the brass finalist.

Tracey is currently a busy freelance trumpet player and is a member of the Northern Chamber Orchestra, Manchester Camerata and Viva.  She also regularly performs with the Hallé Orchestra, Opera North and smaller ensembles including Psappha and the Hallé Brass Quintet – of which she is a member.  She has also been guest soloist and cornet tutor with the National Youth Brass Band of Switzerland.