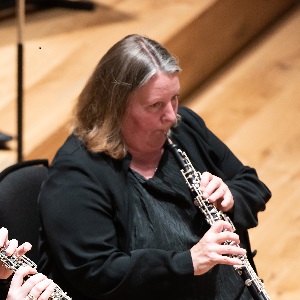 Jane Evans studied at the Royal College of Music, where she was awarded several scholarships and prizes. Whilst there, she was invited to coach and perform in India with the Bombay Chamber Orchestra and also to play with the Jeunesse Musicales World Orchestra – with trips to Poland and Germany. In 1989 she won first prize in the woodwind section of the Royal Overseas League Competition and in 1992 made her Purcell Room, Southbank debut on cor anglais.

Film and TV work has included Lord of the Rings, Return of the King with the London Philharmonic Orchestra and Foyles War for ITV.

As well as playing, Jane teaches and coaches at Liverpool University, Liverpool Hope University and at several schools in the North West.