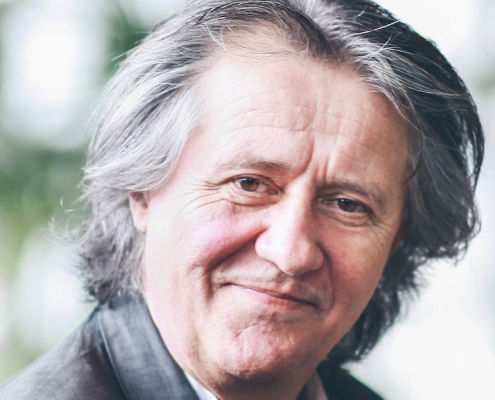 Stephen Barlow has become the Patron of the Northern Chamber Orchestra. The announcement comes as the Orchestra begins its 51st season with concerts

Stephen Barlow has become the Patron of the Northern Chamber Orchestra. The announcement comes as the Orchestra begins its 51st season with concerts in Manchester, Macclesfield and Buxton.

Stephen Barlow was Artistic Director of the Buxton International Festival, where the Northern Chamber Orchestra (NCO) are Orchestra in Residence, between 2011 and 2018. Throughout his tenure, he conducted the orchestra in the Festival’s operatic productions, including a trilogy of early Verdi titles which concluded this year with the first major UK staged production of Alzira.

In a letter to NCO Chairman Malcolm Allcard, Barlow wrote “From my very first introduction to the NCO I warmed to the collegiate, congenial and highly professional ambience the orchestra engenders in everything they do. I am deeply honoured to become the orchestra’s Patron and am very happy to accept the generous offer”.

General Manager of the NCO, Tom Elliott, said “”We are delighted to be able to announce that Stephen Barlow has accepted our invitation to become our figurehead and Patron, as we embark on our 51st season. We have been privileged to work with such a pre-eminent musician during our time under his directorship over many happy years at Buxton International Festival. But more than this, while Stephen’s personal charm, humour and grace under pressure has of course endeared him to the NCO collectively, we all feel that we could count him as a friend personally too.”

Reviews of the NCO at the 2018 Buxton Festival were full of praise, with Robert Hugill commenting that “Stephen Barlow drew out the fascinating colours and textures of the piece…we heard a myriad of ideas coming out the pit, finely played by the Northern Chamber Orchestra”, while The Guardian said that Barlow conducted the orchestra with “grace and panache”.

Coinciding with this appointment is the start of the Northern Chamber Orchestra’s 51st season, opening with a trio of concerts featuring one of the greatest pianists of his generation, Freddy Kempf. The orchestra return to Buxton for an afternoon concert on Sunday 30 September, with the programme also being played in Manchester on Friday 28 and Macclesfield on Saturday 29, both concerts at 7.30pm. The season also includes appearances by clarinettist Julian Bliss, tenor Nicholas Mulroy and Artist in Association Chloë Hanslip. The NCO’s newest Artist in Association, cellist and baritone Matthew Sharp, also returns to the fold for a concert of Schubert works in April 2019. All tickets are on sale now!

Katherine Baker and Lucy Wakeford join the NCO in Macclesfield to welcome the...
Scroll to top