Hello.  I’m Rachel Whibley, 2nd bassoon in the Northern Chamber Orchestra. I live in Glossop, Derbyshire, with my husband Daniel – a double bass player in the BBC Phil, and also a fantastic composer – and our two boys, Joe and Patrick.

I’ve played with the Northern Chamber Orchestra ever since my 4th year at the RNCM (many years ago!) and have enjoyed every second of my time with the orchestra. In fact, I feel such loyalty and commitment towards NCO – with so many wonderful friends and fantastic concerts – it’s some of my favourite work. I have a particular fondness for our work at Buxton Opera Festival, as the intense hours together create such strong friendship bonds and camaraderie. Of all the operas we have performed over the years – many of which were quite obscure, of course – my favourite was Intermezzo by Strauss. It was made especially poignant as its last performance was also Ben Hudson’s last one as a member of NCO before he joined the Hallé. I’m not quite sure how I played the last page, as tears were streaming down my face at the thought of losing him.

Over the years I have worked with many of the UK’s orchestras including the BBC Philharmonic, Hallé, Liverpool Philharmonic and Manchester Camerata, and with several international orchestras including Tenerife Symphony Orchestra and Bolshoi Ballet. I also spent 4 very happy years in Dublin working with the RTE Symphony and Concert Orchestras, and in Belfast with the Ulster Orchestra.

I’m delighted to say that I’ve recently been appointed 2nd bassoon with Manchester Camerata, so am back playing with Ben again. Bliss. Although I wonder if the management have started to regret their decision, as we chat and laugh away during the rehearsals (some things never change!). I feel like I’ve come full circle, as I played with the Camerata from my 1st year at college – including going on their amazing trips to Rasiguères in France four years running – and my parents-in-law, John and Helen Whibley, ran the orchestra for over 20 years.

I’ve had the privilege of working on education projects with many orchestras, always relishing the opportunity to introduce music-making into the lives of children. I’ve enjoyed teaching at all levels – from beginner to diploma – on bassoon, clarinet and saxophone, including at the RNCM junior school and more recently at the Royal Birmingham Conservatoire. Alongside Jeff Snowdon, I set up Glossop music centre in 2001, conducting various groups and ensembles. The early days were pretty grim (I needed large glasses of gin waiting for me when I got home), but it’s now a hugely successful organisation with over 150 children attending each week.

In 2013 I decided it might be nice to stage a few performances of The Snowman film with live orchestra in Glossop. So I duly applied to the Arts Council, was refused, then decided to try to do it anyway. Lots of schmoozing later, we somehow managed to raise enough money, staging 2 family performances in a local church, plus 3 schools’ performances. We invited players and friends from the BBC Phil, Hallé, NCO and Camerata to come along and play, wherever possible choosing people who lived close to Glossop. All performances sold out in advance, and the feedback from players and audience alike was tremendous.

So, having had no intention to do so beforehand, Daniel and I set up Carrot Productions in 2013 in order to stage Snowman performances further afield and on a bigger scale. Since then, we’ve staged over 250 performances, played to almost a quarter of a million people, and venture slightly further north and south each year. We’ve become something of a specialist at performing in Cathedrals, with 13 ticked off to date – including Chester, Gloucester, Liverpool, Lichfield, Coventry, Winchester and the mighty York Minster – with new Cathedrals visited in 2019 being Ely and Salisbury. Whilst I think they provide some of the most moving and stunning settings, they are certainly not easy places to stage a film / orchestra performance. We have to counteract long echos (Liverpool Cathedral has the highest Nave and longest echo in Europe I believe) with lots of small time-delay speakers. Then there’s the intense cold, both the temperature and sometimes the welcome we receive from the Cathedral staff (there are many stories I could tell!).

We tour with a 26 piece orchestra of the most wonderful musicians, many of whom are NCO players. It’s hard work, but the constant supply of fresh coffee and homemade cake (I even include this in the contract) seems to help!

Never liking an easy life, I decided to contact Aardman in 2017 to ask if we could develop a Wallace & Gromit touring show. Thousands of emails, visits to their studios in Bristol, and painfully slow negotiations later, they agreed to give us exclusive rights to launch the tour in Spring 2019. I decided we should go for it big style, so started to book some of the largest concert halls in the country, resulting in a 20 day, 35 performance tour visiting venues including the Lowry, Sage, Barbican, Liverpool Arena and Usher Hall, with an additional 4 performances at the Edinburgh Festival in August. All presented by the amazingly versatile impresario and wonder that is Matthew Sharp. It was a complete leap of faith – and risk – but one that resulted in a show that was universally adored by everyone (even the musicians, who all entered the spirit of the show by dressing as characters from the Wallace & Gromit films).

I always relish a challenge, and have many more ideas for the future, but think I should give my husband’s nerves a rest first! 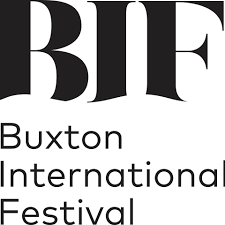