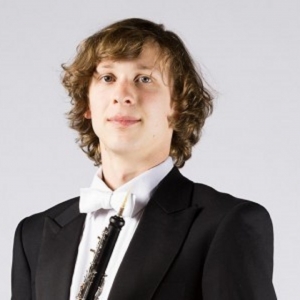 Born in Glasgow, John Roberts took up the oboe aged 11. He attended the Royal Conservatoire of Scotland and in 2008 moved to London, enrolling first at the Royal College of Music, and later the Royal Academy of Music. Since 2013 he has been principal oboe in the Royal Philharmonic Orchestra and, in his first appearance with NCO, plays Mozart’s Oboe Concerto.

Our leader Nicholas Ward was also member of the RPO in a past life, enjoying playing Haydn symphonies under conductor Antal Dorati. This time we perform No. 43, Mercury, described by H.C. Robbins Landon as the “Austrian chamber symphony par excellence.”

In this and the next programme we have a mini Scandinavian season starting with Nielsen’s Little Suite for Strings – an attractive early work in three movements.

Before the Haydn we play some of Grieg’s musical pictures from his Lyric pieces, composed originally for piano.